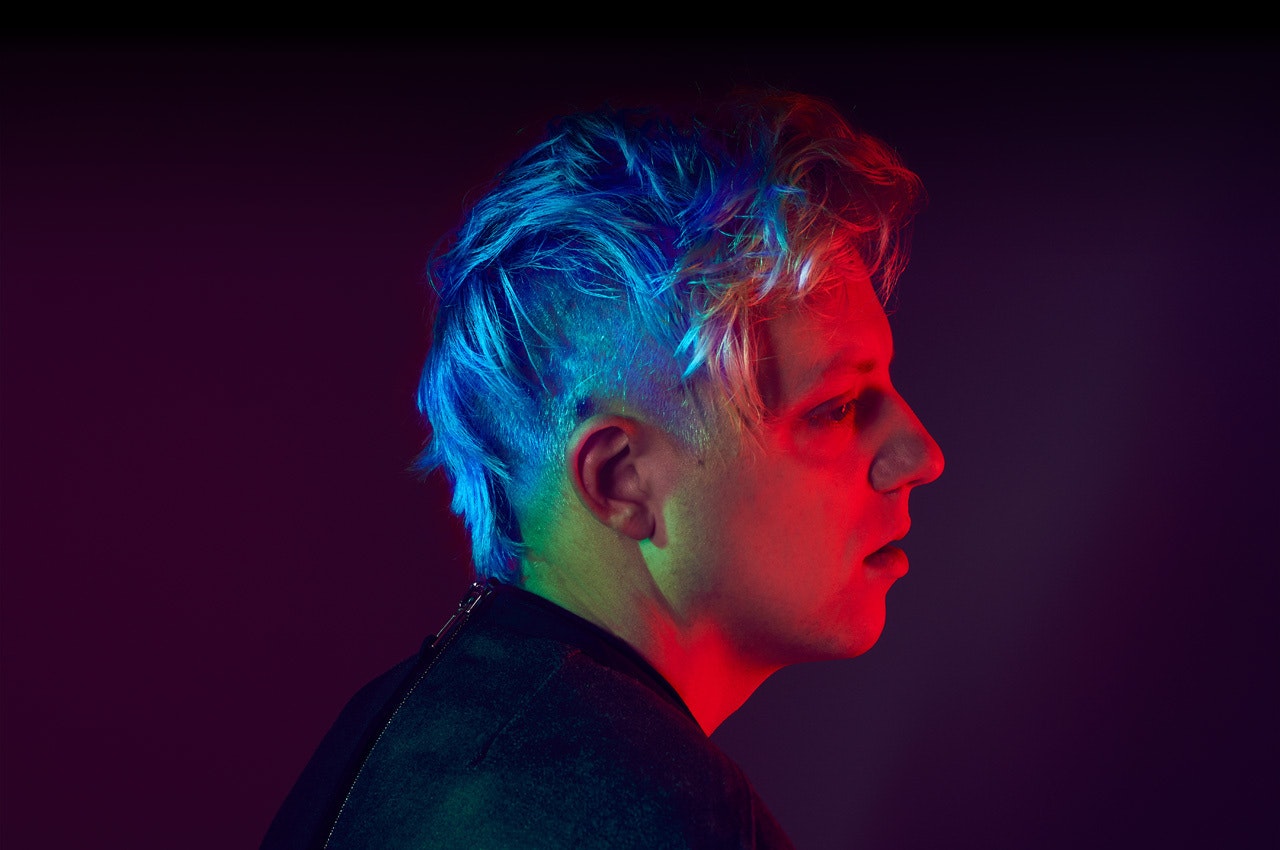 Robert DeLong has a thing for tarot, but that shouldn’t be too surprising. The rise of the Los Angeles dance-pop provocateur and one-man band seems fated thus far. In 2013, his self-fulfilling “Global Concepts” single became an international hit and he’s been following it around the world since, from dives to clubs to nearly every festival you’ve ever heard of. Now the man returns from the neon wilderness with his most diverse and beat-driven work yet: In the Cards. DeLong’s second album boldly swirls electronic strains—techno, house, drum & bass, electro, trip-hop—with rock composition and emotive soul. Each song is an aural world unto itself where DeLong probes a different angle of the record’s theme: Is the story of our lives written “in the cards” or are we free to make our destinies? Ultimately, is there a difference?

Our host’s narrative begins 25 miles northeast of Seattle, in the woods of Bothell. Mom was a teacher, and dad a drummer-turned-accountant who sat his son down at his old kit at the age of 10. It was there that Father DeLong’s love for prog and the younger’s solo forays into the punk-addled Tooth & Nail catalog began. In his free time DeLong would dream up sci-fi scenarios and act them out by himself. He’d bring that same creativity to computing at 11, when he taught himself basic programming so he could make his own text-based games. He played drums in pop-punk bands in high school, and experimented with 3D animation too, but it wasn’t until DeLong relocated to Southern California that he truly combined his passions for music and technology into a heaving, highly effective whole.

He’d come to L.A. to study music at Azusa Pacific University, joined a chamber-rock sextet called the Denouement, and developed not only a vigorous skepticism for his religious roots but a hunger for new idioms. DeLong was working on a set of indie-pop songs when he was dragged to a rave by his girlfriend. Those rhythms sparked a flame that would become—after a feverish spate of all-hours garage-studio thrashing—2013’s Just Movement, his first LP. His love for the earnest likes of Death Cab for Cutie merged with his newfound appreciation for body music, and the result was something else entirely. DeLong quickly earned more attention still for his live sets, which found him lording over a battle-station of keys, drums, pads, pedals, joysticks, and game controllers (I.E. Wii). His intensely high-energy shows were what got him signed to Glassnote in the first place, and now they carried his music (and DeLong with it) around the globe.

In the Cards is another step forward—a leap into the digital abyss. The tranquil chimes that open the titular track are a red herring. The song goes full rave fast, with DeLong’s crisp vocals soaring over a wild soundscape of surging bass, acid-washed synth, and percussion that runs the gamut from jungle to trap. That the entire album feels huge and alive like this shouldn’t be a surprise. DeLong’s sound is tempered by the road, and he’s opened his process to other producer/songwriters like Wax Ltd. (Best Coast, Miley Cyrus), E. Kidd Bogart (Beyoncé, MKTO), Belief (Sia), and MNDR, who sings on the pitch-shifting slow jam, “Born to Break.” From the noir-ish groove of lead single “Long Way Down” to the cyber-punk balladry of “Pass Out,” the record is both immediate and intricate—catchy, yes, but chock full of substance too.

The words “in the cards” are scattered throughout the album, but the concept isn’t always so literal. DeLong’s inquiry into kismet morphs to take on jealous lovers, religious hypocrites, duplicitous politicians, and self-appointed End Times prophets. An air of dystopia clings to the songs’ edges, no doubt owing to DeLong’s love for all things science-fiction (his garage studio is lined with dilapidated Star Wars posters, and reeks of stale weed smoke), but the fantasy is fully steeped in reality. The cover of In the Cards displays a desert backdrop, topped by emblems representing the four suits of tarot. In this ever-unknowable expanse called living, we humans constantly search for meaning and guidance in symbols of our own creation. Romance. Faith. Politics. An esoteric deck of cards. Or, say, an album of songs by Robert DeLong.

On “Sellin’ U Somethin’,” the maestro turns his pen on himself. Over the sort of overdriven hi-NRG tempos that would make Basement Jaxx drool, DeLong warns his listeners to be wary of people peddling snake oil and ideologies. In the same breath, he declares, “I got a new home stereo addiction for ya/You’re gonna want it, yeah.” He’s right, but what good is it to resist? Purchase. Play. Repeat. It’s In the Cards.