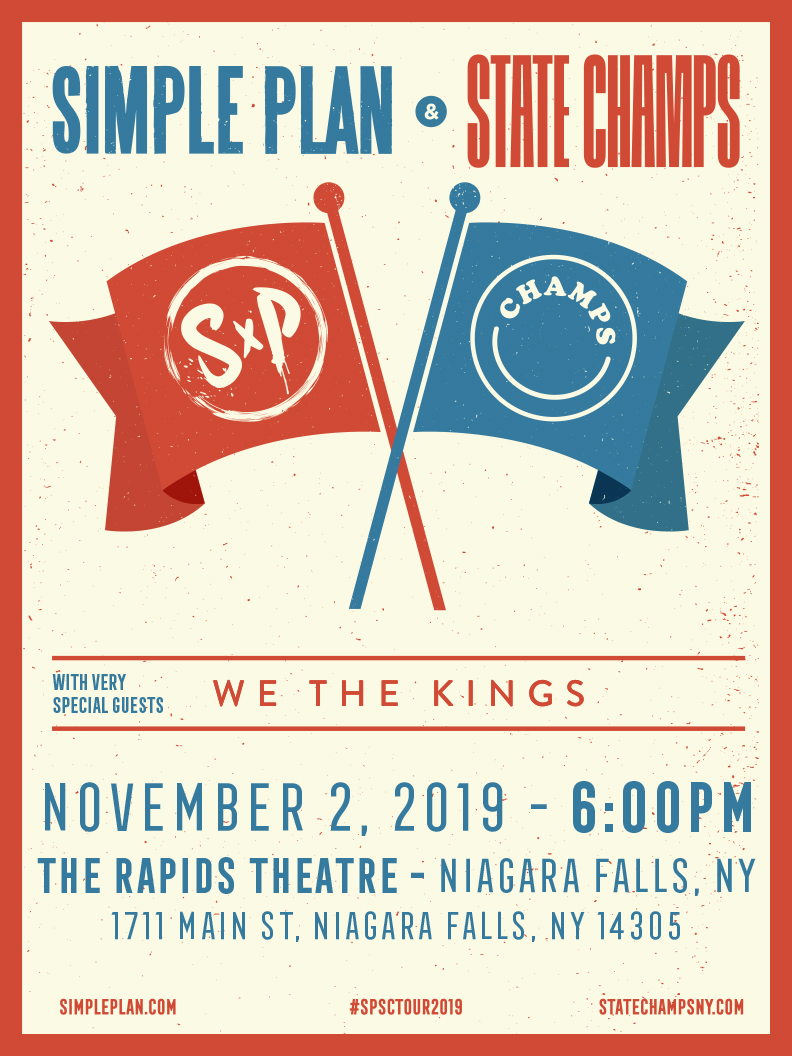 SIMPLE PLAN WITH STATE CHAMPS AND WE THE KINGS

Also, They have played at some of the music industry’s most prestigious events like the 2010 Winter Olympics closing ceremony, the 2004 Live 8 benefit concert, the MTV Music Awards as well as multiple TV appearances on shows like The Tonight Show, Jimmy Kimmel Live!, the 2008 NHL All-Star Game and 2015 NHL Winter Classic game where they sang the Canadian National Anthem and the Macy’s Day Thanksgiving Parade, among others. Last year the band performed throughout the USA as one of the headliners for the final Warped Tour and were featured at the two monumental Warped finale events in Atlantic City and San Francisco this summer.

The band continues their philanthropic initiatives and $1 of every ticket sold on this tour will go to the Simple Plan Foundation. Together with State Champs, the band hasdecided that all the money raised on this tour will be donated to help children affected by the ICE immigration raids in the USA.

Formed in 2010 by vocalist Derek DiScanio and guitarist Tyler Szalkowski, the pair began laying the foundation of State Champs in garages and basements throughout their hometown. The band’s lineup would shift a bit, but DiScanio and Szalkowski were always at the helm, crafting the band’s 2013 debut, The Finer Things, along with guitarist Tony “Rival” Diaz and drummer Evan Ambrosio. They’d add bassist Ryan Scott Graham the following year and, in 2015, they’d release Around The World And Back, a record that elevated State Champs to a frontrunner in the genre.