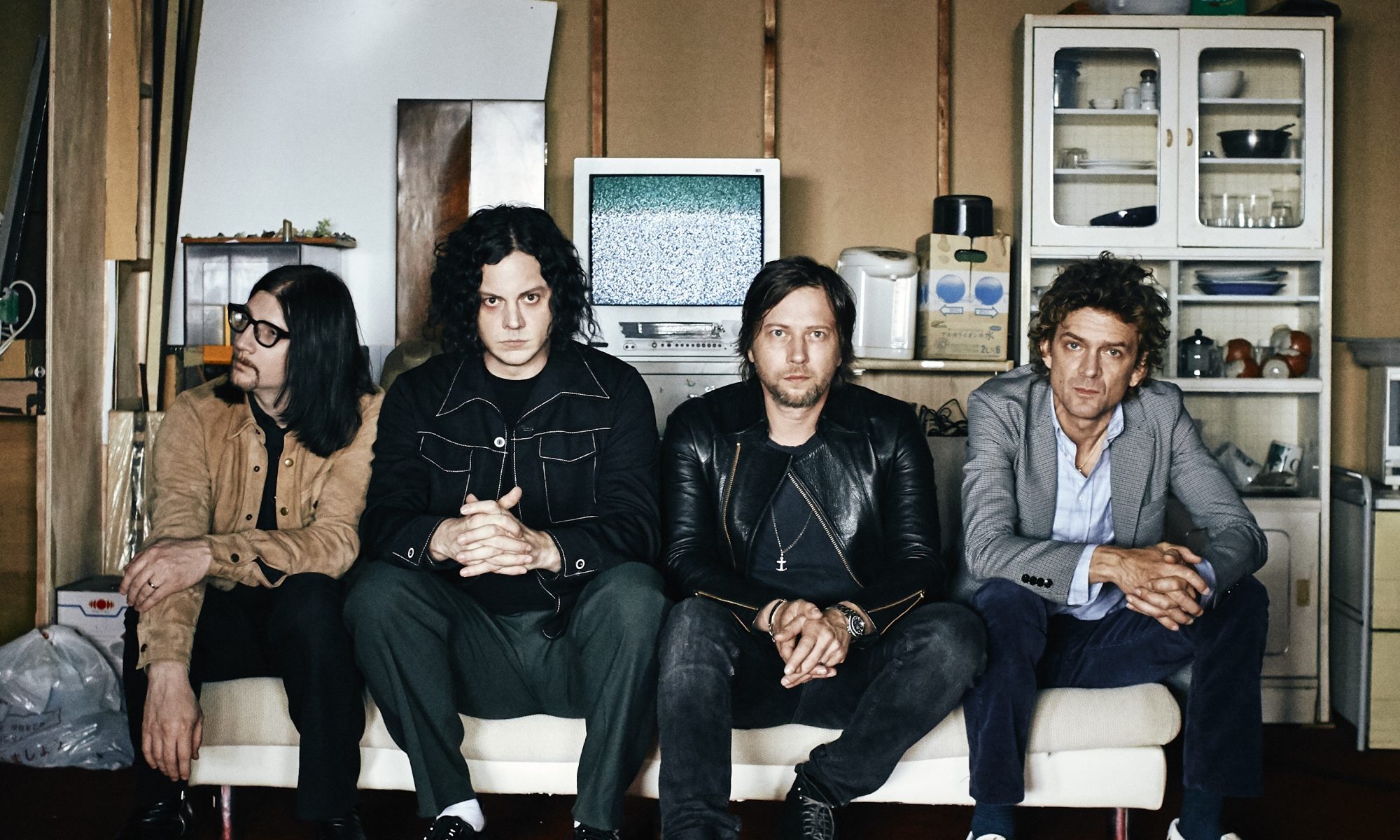 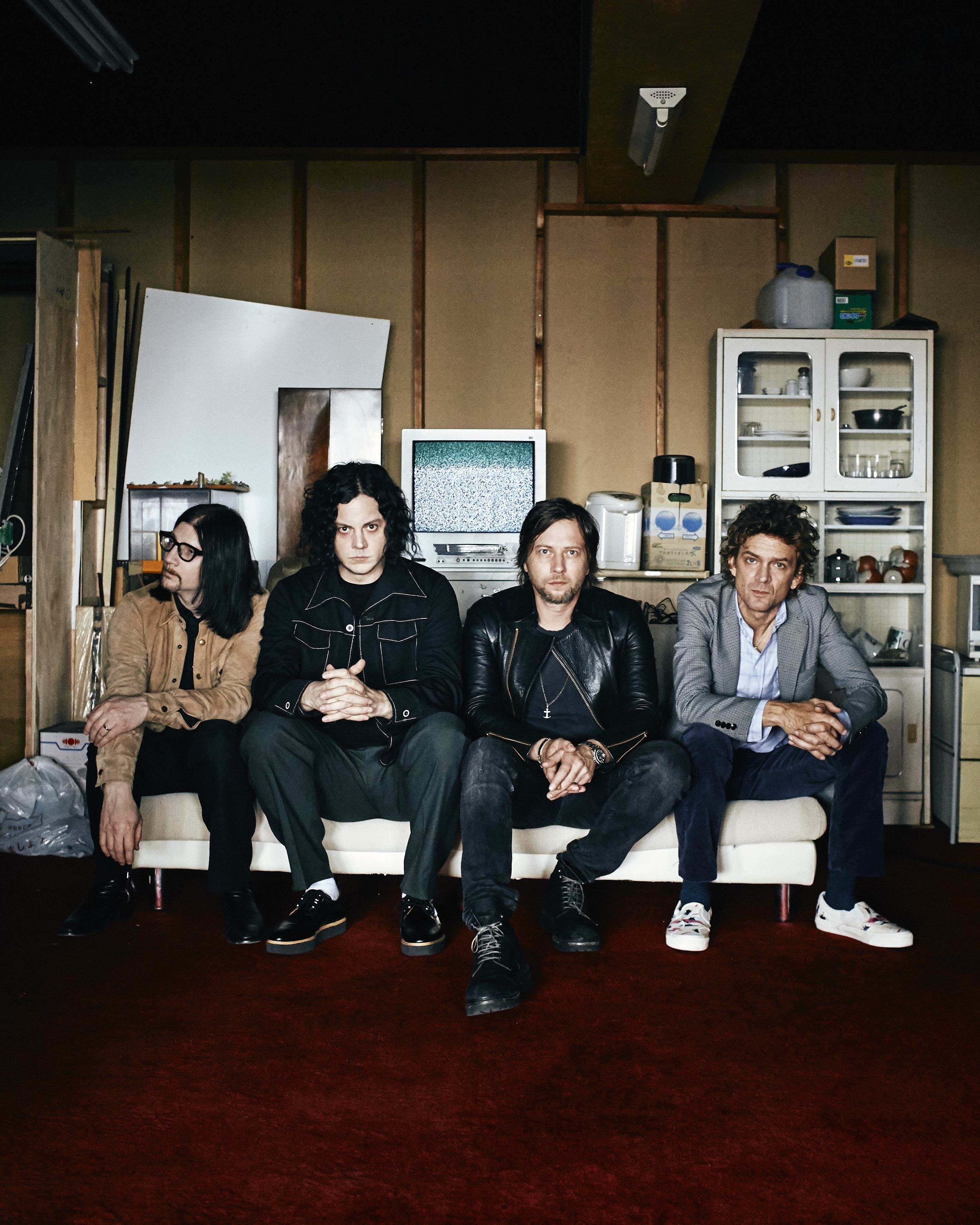 Semi-hibernating since 2011, the Raconteurs – Jack White, Brendan Benson, Jack Lawrence, and Patrick Keeler – took their time in 2018 and early 2019 assembling the cadre of killer songs that is HELP US STRANGER, the band’s third studio LP  and first new music in over a decade. As it’s always been, the Raconteurs feature Benson and White as dual frontmen/guitarists/lead singers/songwriters. The world’s best rhythm section of Keeler on drums and Lawrence on bass are in symbiotic shine theory lock step, both brought to the top of their game by the musicianship of the other. Early live performances have left no doubt in anyone’s mind: this band is savage. Bounding effortlessly between material off their 2006 debut LP BROKEN BOY SOLDIERS, their 2008  GRAMMY® Award-winning sophomore follow-up CONSOLERS OF THE LONELY, and their recently-penned instant classics, even the most cursory look at the tea leaves delivers an undeniable fortune: The Raconteurs’ evergreen take on rock and roll is primed to reinvigorate the genre.

Save for a searing cover of Donovan’s “Hey Gyp (Dig the Slowness),” White and Benson wrote all the songs on HELP US STRANGER. Recorded at Third Man Studios in Nashville, TN, HELP US STRANGER is proof positive a band with chemistry like The Raconteurs has no rust to shake off. They are as scrappy, current, steadfast, and captivating as they were when they first joined forces, and their joy of creating together is satisfyingly  palpable. Without paying heed to trend or hype, and showing up just in the knick of time, this album showcases the band’s collectivist spirit fully realized, guitar music fully resuscitated, and faith in brotherly love restored. Longtime friends and musical collaborators helped make HELP US STRANGER, including keyboardist/multi-instrumentalist Dean Fertita (The Dead Weather, Queens of the Stone Age) and Lillie Mae Rische and her sister Scarlett Rische. The album was mixed by Vance Powell and The Raconteurs at Sputnik Sound in Nashville and mastered at Third Man Mastering in Detroit.

The Raconteurs burst onto the scene in 2006, winning worldwide acclaim, Grammy® nominations, and a chart-topping smash single in “Steady, As She Goes,” with their now-classic debut album, BROKEN BOY SOLDIERS. That album received a Grammy® nomination for Best Rock Album, while #1 single “Steady, As She Goes” was nominated for Best Rock Performance By A Duo Or Group With Vocal. The band returned two short years later with 2008’s CONSOLERS OF THE LONELY, an album finished less than three weeks before it was unleashed upon an unsuspecting world, its immediate arrival marking it among the first major albums to receive a surprise release with little or no advance promotion. Like its predecessor, the LP proved a popular and critical phenomenon, making a top 5 debut on the Billboard 200 on its way to earning the Grammy® for Best Engineered Non-Classical Album, as well as a nomination for Best Rock Album.